Cultúr Migrants Centre in partnership with MERAN hosted an event in the Newgrange Hotel, Navan on Thursday, 8th December 2016. We offered women living in Meath an opportunity to contribute to a report to the UN Committee on the Convention of Elimination of Discrimination Against Women (CEDAW). 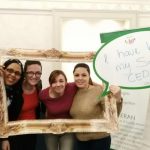 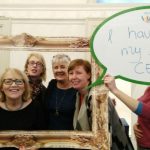 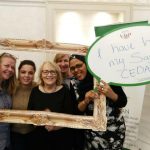 Contributors put forward their their assessment of the state of play, in terms of women’s rights in Ireland.

The Irish government has signed up and ratified UN CEDAW under Irish law. Under its obligations the government must report on how it is progressing women’s rights in Ireland every 4 years. Consequently, they will submit their findings in March 2017.

Cultúr hosted the event with MERAN, inviting women’s groups and individuals promoting women’s rights in Ireland, to have their say.

The actual event was a great success.  Information gathered on the night will be collated into a shadow report for submission to UN CEDAW. Finally, we hope that if we can secure enough funding, we will send a representative group to present this report in Geneva, when they meet in March 2017.

Contribute to Cultúr and help fund community work in the Meath area...